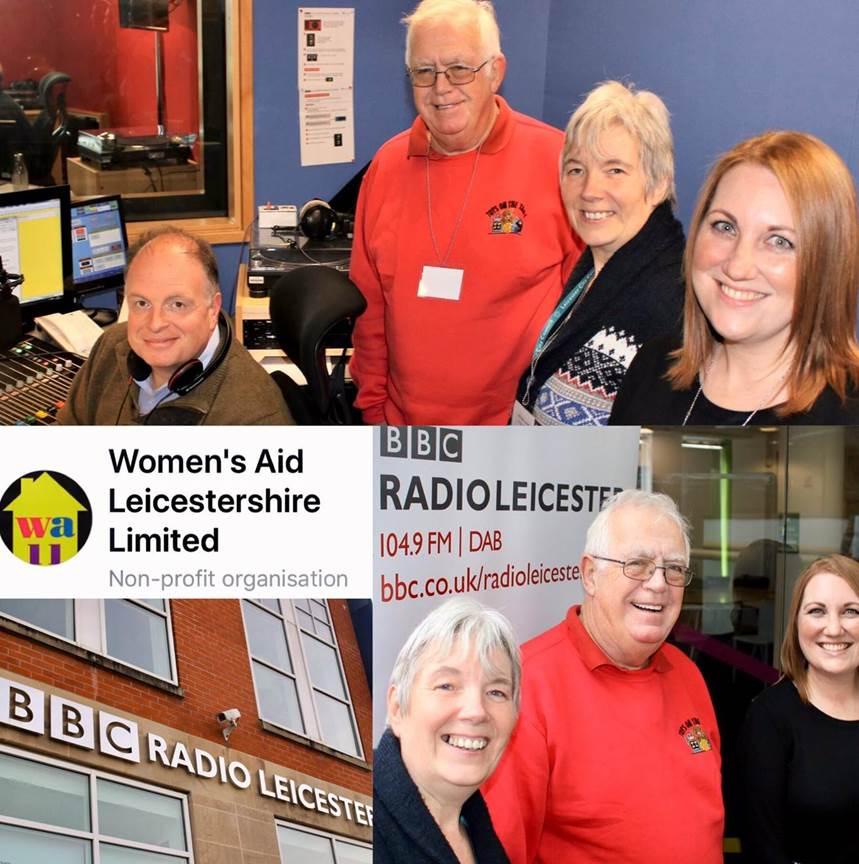 This year’s launch took place on the 31st of October. Once again we are very grateful to Radio Leicester for supporting the charity by making their studios available to us to publicise the launch, and to Ben Jackson for hosting our visit.

The photo taken during the launch includes Ben Jackson from Radio Leicester, Sophie McGoff from Women’sAid Leicestershire, Bev Barsby from the City Council and Bill Bowley from Toys on the Table.

Toys on the Table trustees and volunteers made up the audience giving it a colourful setting in their bright red tops.

The attendees were the first to put a toy “on the table” to begin this year’s appeal.